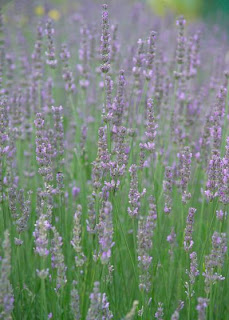 Power, that is, and we lost it good. You know a power outage is going to be serious when you are standing in the kitchen after church and you actually see what looks like lightning coming out of an errant electric wire. The crash so loud, it feels like it hit the next room. The lights go out, the refrigerator stops humming and the dimness descends over your day. So you find a few low tech things to do while the monsoon blows outside. You clip coupons. Read the paper. Take a nap. Wish very hard that you could wash your hands. Eventually, your husband gets restless and starts poking around with a flashlight, even gets into the car and drives up and down the road you live on to take an informal census of who has power and who does not. Then, the prophesies start setting in as you begin to make good guesses of when power might be restored based on previous power outages.

But then the hours go by and by, and you hear of some neighbors whose power has gone back on, but it does not happen to you. Maybe it will be return by the time you return from evening Bible study? But the closest sign of life when you come back is your neighbor telling you that his store got power back, but not his house. And the electric company claims everything should be fixed. And that is your first sign that maybe you have been forgotten. So you go to your in-laws to bathe, your in-laws who lose power all of the time but are smart enough to have a generator. And when you return home again, the house is at it's darkest because it is indeed night, so you are the designated flashlight holder while your husband call the electric company, again. And they give you the cheery news that a thousand people are still without power, so they are not sure when they can get a truck back to your neighborhood. And then you go to sleep, worrying about whether you will lose the food in the freezer. And are more grateful than ever that you can a lot of food so you are not completely dependent on a freezer.

Finally, a huge truck arrives at one in the morning, stirring the dogs and awakening you with its lights and noises. All your windows are open, so you are not phased when a man shines a powerful light at one and asks about your power situation. The dogs bark the whole time as your husband stands out front explaining what happened twelve and a half hours ago. And that is when you find out that lightning struck the transformer in front of your house. For the next four hours, you will try to sleep through the long replacement process all the while still worrying about the food in the freezer.

Our lights came back on around five, and I groggily surveyed the contents of the fridge and the freezer. Everything was still frozen solid except for some soft ice cream. The real damage came later in the morning to find that one of our computers no longer worked, the phone was down, and we have no internet. The phone company has told us that they can have it repaired within a week. Inconvenient, but it could be worse.

Around the Home: Most of our corn has been harvested, husked and processed. I am very grateful that I was able to get that done before the black out hit us. There now just stands some lonely stalks that were planted later for our corn-on-the-cob eating pleasure. I am done with pickles for the year, and look forward to tomatoes, having only recently used my last jar of salsa from last canning season. It's such a nice feeling to see our shelves filling up with fresh food for the year.

In the Garden: Sunflowers are blooming, and a fragrant pot of lavender greets me at the front door. I have to say, all the rain has been helpful but the long wet grass is not treat to walk through.