I have a quality that may be a gift. I can get along with difficult people. Often with hilarious results. This does not mean that people whom others have a hard time getting along with are really not difficult to get along with, or that they go on to become my best friend or anything like that. It simply means I can tolerate them, usually long enough to work with them for a few hours, and a few here and there even rise to "buddy status" where they seem to become less difficult. Part of it is that difficult people like me because, up to a point, I allow them to be difficult. I can stand there and nod my head sympathetically while they complain about whatever it is they have to complain about, and I let them complain and don't jump in and try to fix the problem. To me, that just seems like being polite. The other part of it is less charitable: If someone is really a BIG pain in the neck, inflexible and unbending, I simply write them off as crazy and then they don't annoy me as much because I recognize their handicap of sheer madness. And yes, like everyone else, there are a few people who I really can't stand, and literally, can't stand them enough to stand there and listen to them. That is when the grace runs out and I walk away. I'm imperfect too!

This quality is one that I've somehow recognized I have over time, and one that I hope grows because it makes life easier and less stressful.

Yesterday's message in church was "Love your enemies." But I had been thinking about this for a while. How timely.

Anyway, I had a slight panic yesterday when I pulled biscuits that look like this out of the oven: 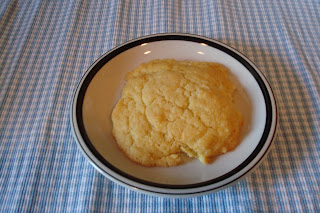 What?! How can something so simple, something I've made a hundred times, go so wrong??

I worried for a minute that maybe I had lost my "gift" to bake, and then where would I be? No place, that's where. So I baked a self-confidence booster, just to make sure I haven't lost it. 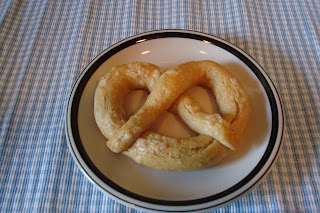 Ah, that's better. Yes, the earth is still on its axis. A perfect Sunday evening snack.

I cleaned out the refrigerator this weekend and learned a few things. If the "use by" date on the bottle is so old that it's worn off, the date has probably passed. For some reason, we own a dazzling array of mustard. Pickles, too. And unbelievably, we've decided it's better to open a new jar of jam rather than eat the last tablespoon in a nearly finished jar, judging by the number of jelly jars I unearthed with just a fragment of jam or jelly left in them.

Ovens cleaned: 1
Number of old dresses turned into quilt squares: 2
Number of days until spring: 18 days
Amount of snow the past 3 days: A measly 4 inches
Meals made into a second meal: One big pot of chili served up as second time as cheesy chili quesadillas. I found my inspiration here. 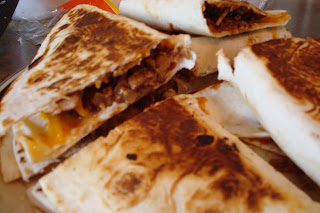