It happens every year. No, not just the reunion, but the fact that The Mister invariably forgets to request off from work the day before the reunion, and we end up having to leave just hours after he comes off of his shift and the poor guy ends up awake for 24 hours straight. It happened again this year, and I drove a baby who had a very bad week and one very tired man out to the annual old-fashioned-farm-machinery-threshing-event that also serves as the backdrop for our extended familial gathering.

The other thing that happens every year is we are nearly always blessed with the sunniest and mildest of August days, bluest skies, and big puffs of flat bottomed white clouds that set off the scenery just so. Tall stalks of corn and light green tobacco leaves waved in a gentle breeze. White farm houses stood stark against a patchwork of hills. This is Lancaster county.

The traffic crawled along the two lane pikes, slower than a snail carrying a full luggage rack on its back. Tourist traffic and the increasing population compete for access on tiny roads that never kept up with the demands, making you run later and later. This is Lancaster, too.

I say it every year, and sometimes we actually do it. "We need to stay over the night before." It's the only way to get an early start.

My head spins. Children from previous years are no longer children, and are instead a foot taller, confident, with big kid mannerisms. My eyes see photo opportunities everywhere, and my hands fumble for my camera, but I'm so busy indulging in adult conversation and looking for familiar faces. Amazingly, our Duckling is not just having a good day, but a great one. There are sandwiches, and fruit cups, homemade root beer, and ice cream in four familiar flavors; Chocolate, vanilla, strawberry, and black raspberry. This year there were roasted peanuts, too.

A few years ago, we brought two of our dogs. While sitting on a bench holding our pups by the leashes, an old man approached. He reached out a shaky hand towards our friendliest canine, a white fluffy dog named Buddy. The old man's face was alive with pleasure, his sunken mouth open in a wide smile. "May I pet your dog? I love dogs!" His proclamation came in a shaky voice, and he let out an ecstatic chuckle as his hand softly met Buddy's head. A fluffy tail wagged. Our more timid dog hung back. Buddy and the old man were having a moment of joy. It was a moment I could have lived a thousand times over and never got tired of living it. Seeing someone find joy and healing through interaction with a dog still brings me an enormous blessing.

It happened again this year.

Lydia, solemn and barefoot, became alive at the sight of a small friendly dog. She tried to feed him a crumb off the ground, but this dog was a pampered pooch and would have none of it. When the dog would look slightly interested she would leap out of her chair, hungry for the interaction of an animal who loves for the sake of loving. Lydia was having a good time, but it was me who was having a reunion with a moment I never forgot. 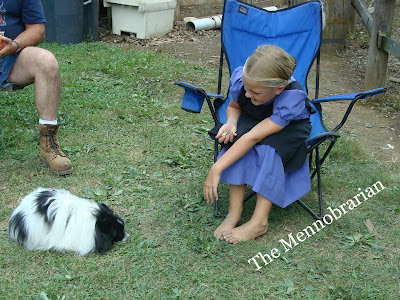 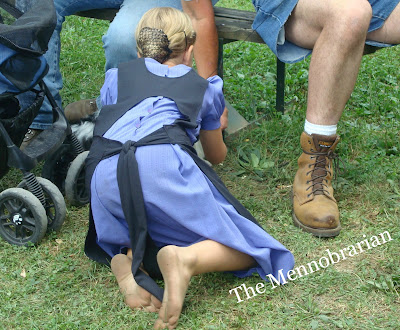 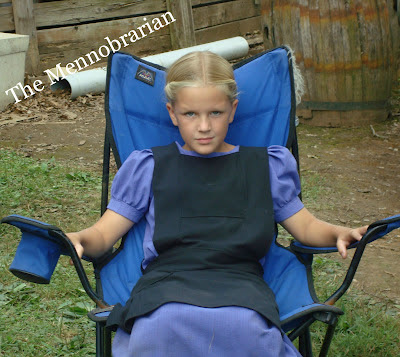 Reunions sometimes happen in the most unexpected ways.
Posted by Monica at 9:18 PM