Annual Report: State of the Harvest

It was a half hour before sunset and we were standing in the back forty behind our house. It was soybeans again this year, but it could have been anything. In the distance I saw a gaggle of geese circling the sky, moving closer to where we were standing. In no particular formation they veered of to the north, then west, followed by an attempt at east. Finally, they assembled in that familiar arrow shape they make for their winter migration and pointed south with great purpose. There's a lesson in there somewhere, I thought, or at least a parable of something. At least once in our lives, I think we all can identify with their strategy.

Last spring, when I was in over my head with little Mister, I told myself that we would have a garden this year but a modest one. Just some essentials like corn, beans, and tomatoes. I didn't know how, or if, I would be able to keep it up. It seemed really unlikely that it would be a fruitful canning year. So I opened up my little blue notebook where I record important things to-do and made a wish list, where I wrote down a few things I would like to get put away should some miracle happen. In no time, my list runneth over and I reminded myself that it was merely a wish list. No pressure. If I only did freezer jam, well, at least that would be something and there would be one item crossed off the list.

Slowly, and without my noticing, a miracle did happen. After carefully crowding the last of the jars into the nooks at the end of the season, I was left with a list that had only two or three items that remained uncrossed. One was barbecue sauce, which we don't really need, while the other was the sweet cherries I never found at a good price. Also, when I added up the numbers, I was amazed to find that I put away just as much food as I had in 2010, which was my last big canning year. Never was a harvest more joyfully celebrated! Our needs were met abundantly.

In October, we spent a few days celebrating the harvest in PA, while trying to make up for a previously shortened trip that didn't go off as planned this past summer. It seems suitable to post them now as we give thanks for the unexpected blessings of 2013. 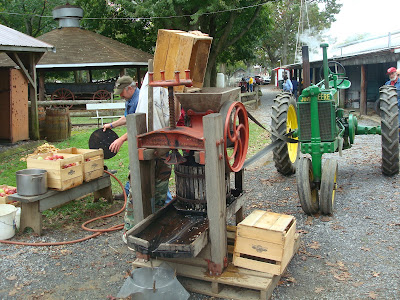 Here's an old tractor powering a cider press. The Mister says you actually need an antique tractor to do this because the newer ones don't have some pulley wheel or something that would attach to the belt. Sounds like a good excuse to own an old tractor to me. 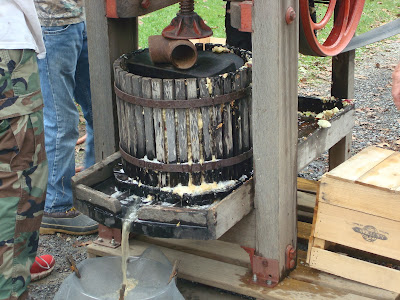 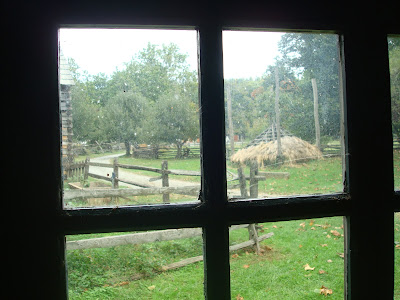 View from inside a historic farmhouse. 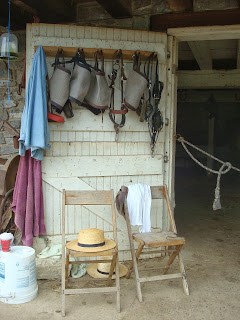 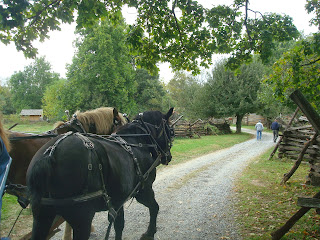 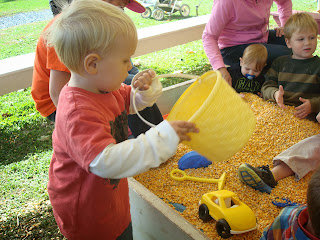 Forget the sand box, how about a dried corn box? Kids were having a blast in this enormous pile of dried corn and it was giving me ideas. Unfortunately, The Mister says it would cause a huge uninvited pest problem in our yard.

I was thankful that it occupied little hands for a good long while.

How abundant are the good things
that you have stored up for those who fear you,
that you bestow in the sight of all,
on those who take refuge in you.
Psalm 31:19 (NIV)