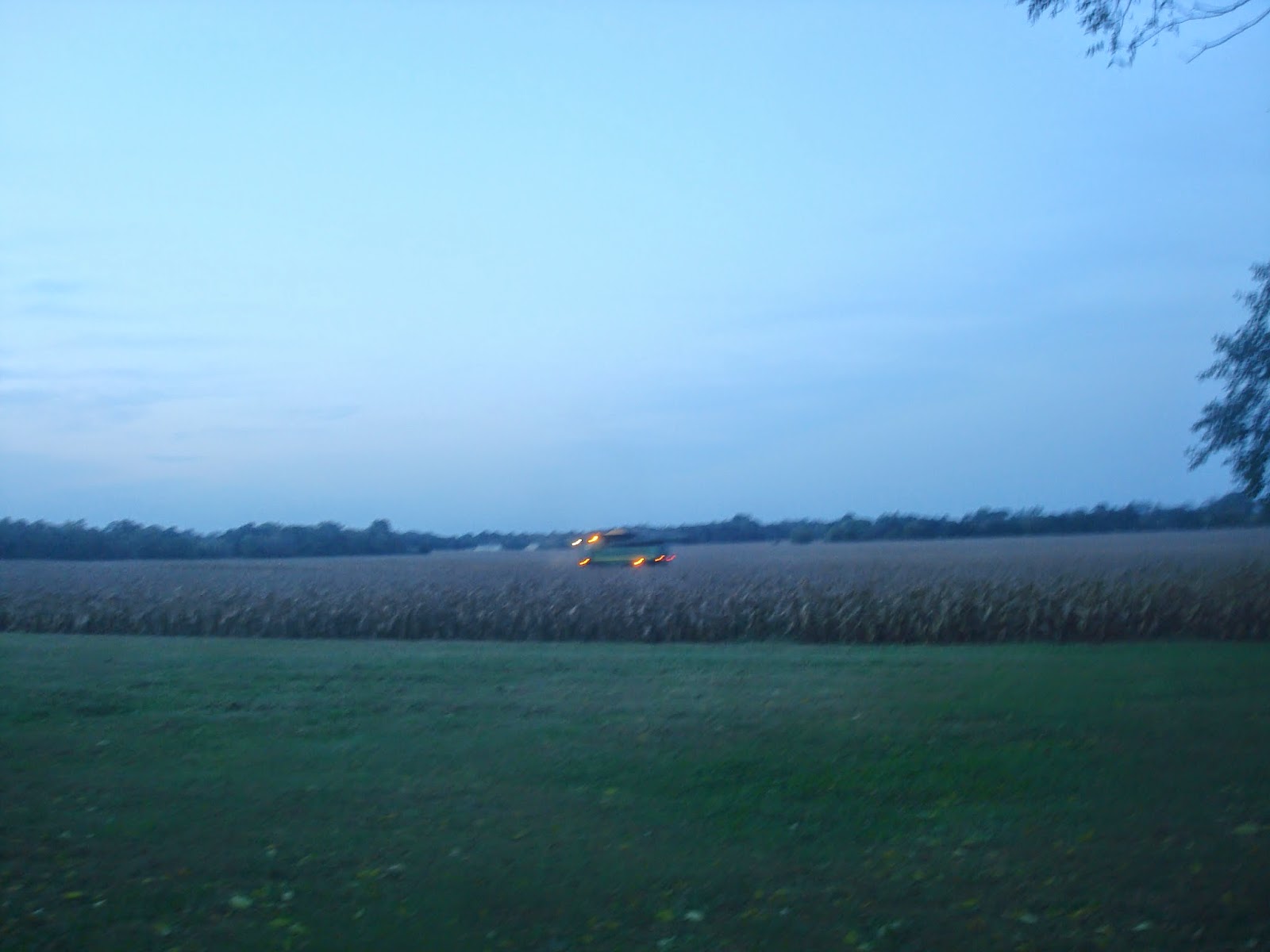 It was before I even heard the first flock of geese fly away for the winter. The unmistakable whirrrrr of a combine started in the field one evening. Can you see its lights? Like a thief in the night, he began taking down the field. My beautiful corn field was being harvested by a green and yellow monster, driven by a friend and neighbor who sits within twenty feet of me every Sunday.

The next day, Little Mister and I went out to wave and watch as the field out front was harvested, the corn was poured into a truck. He bent down and picked up a husk, and peeled it back to nothingness.

"Waaaah!" He expressed his disappointment at the cob that had disappeared.

I think he understood, but he still seemed suspicious.

"What a marvelous system God designed to feed us," I tell him. He looks pensive. No way to know if he is actually listening and thinking about what I tell him, or planning his next adventure.

I often feel like motherhood is just casting some seeds and hoping that somewhere, something good will grow. 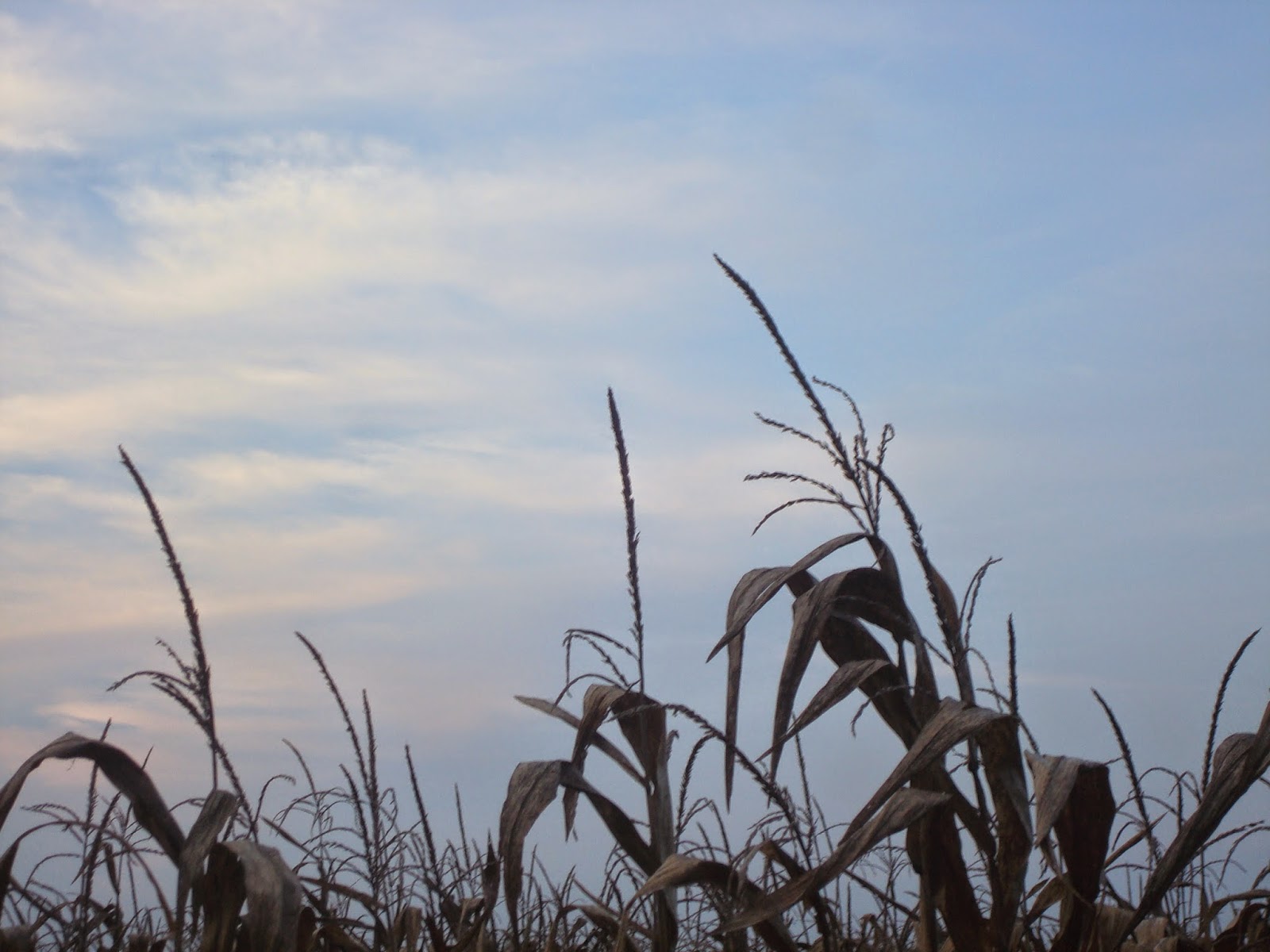 I've encountered all of the usual suspects this October: Apples, pumpkins, hayrides, and of course, harvest festivals. Our local apple festival included all kinds of seasonal goodies, like fried candy bars and cookies... 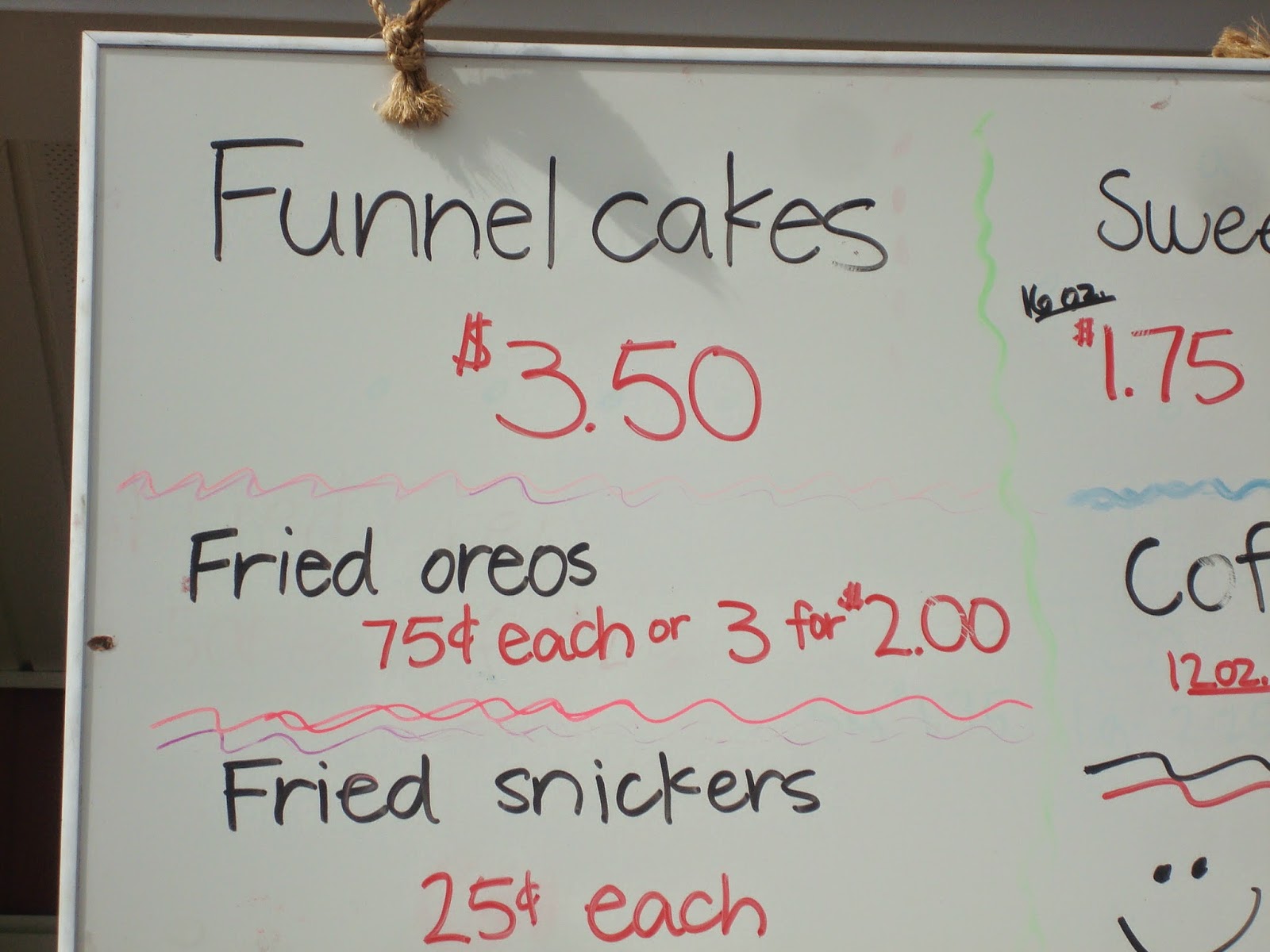 I much preferred these neat gourds that look like enormous green apples. They are about the size of a medium pumpkin and would make unique decorations... 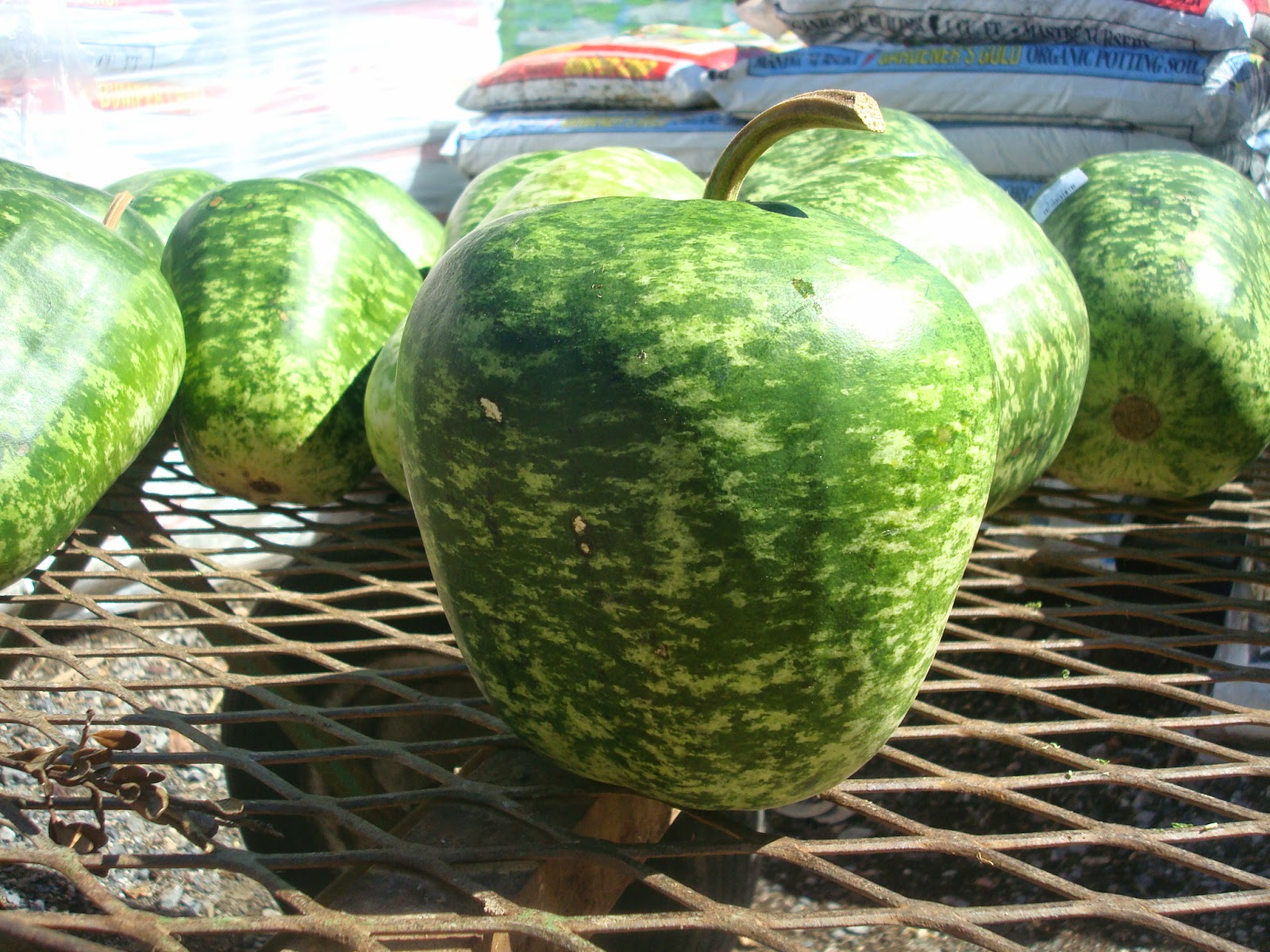 At one farm we took a hayride that turned out to be an apple picking hayride. I kid you not, it was like an abduction where we were forced to do the lightest and most enjoyable farm labor imaginable, all for our own benefit. It was fun to pick a few fresh apples, even though it meant a hearty surplus at our house. 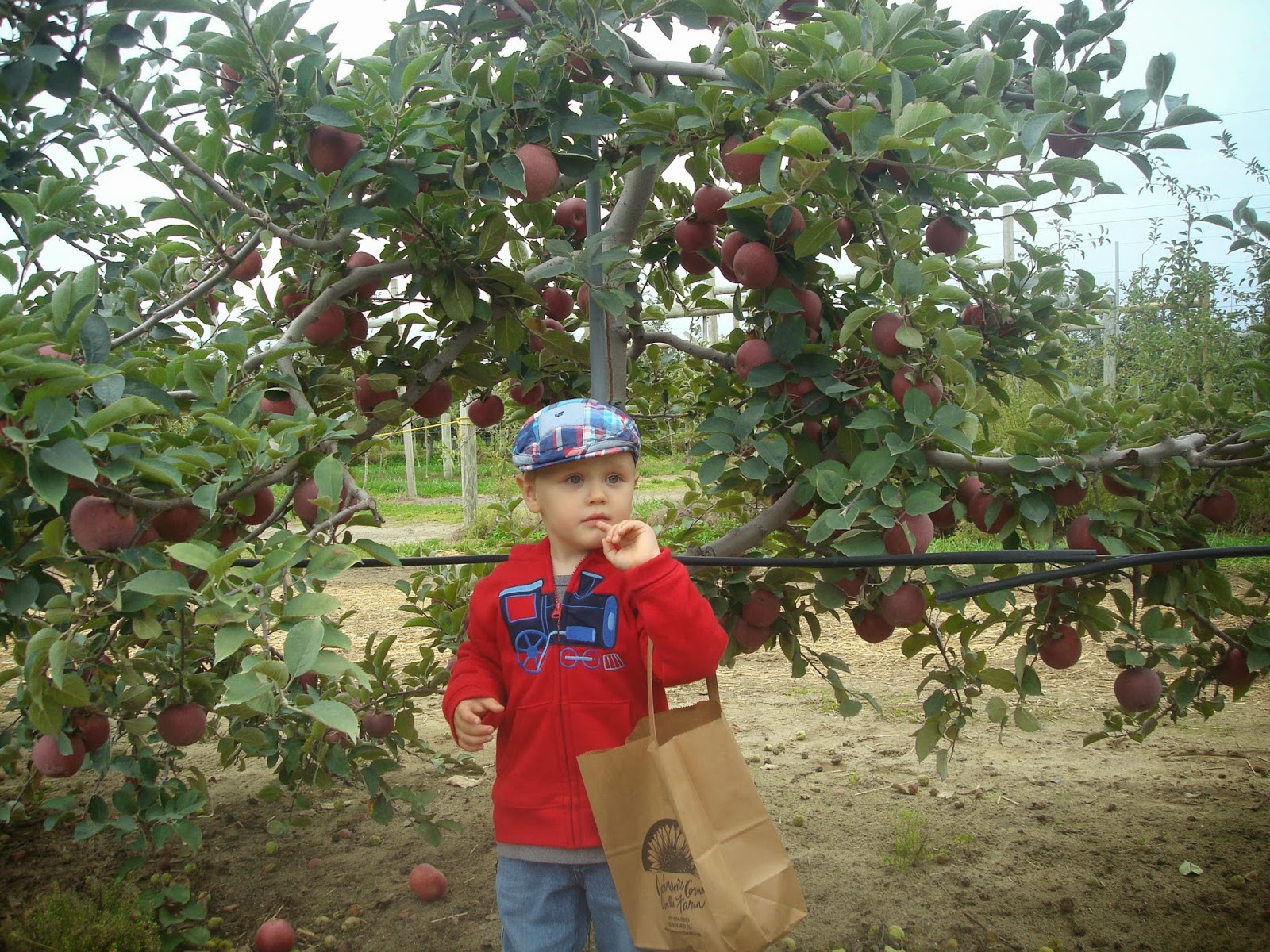 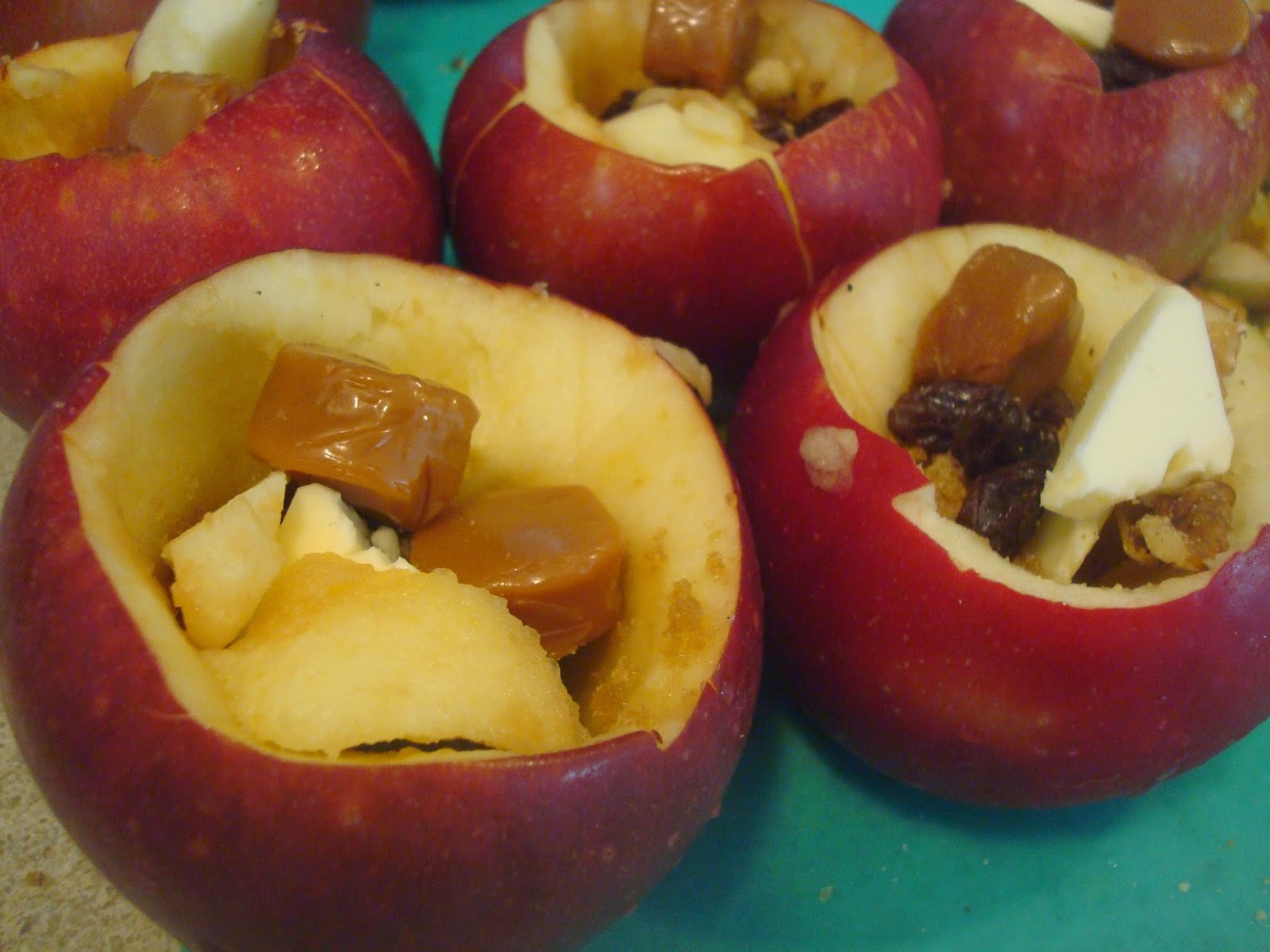 I wanted to do something quick and easy with some tart apples, so I carved out the centers and cores, and filled them with butter, raisins, brown sugar, walnuts, and, just because I had some at the moment, a piece of caramel candy. Sprinkled with cinnamon, I placed them in the slow cooker with a little apple cider, and cooked on high for two hours. They were delicious for dessert, and reminded me of the baked apples we always made on Christmas morning when I was growing up.

It hasn't all been hayrides and apple picking this month. Some of Little Mister's most important services, such as speech therapy, end in just a few weeks and we have been working on securing new avenues for help. I feel awash in paperwork, phone calls and meetings, all on top of some yearly deep cleaning projects that I'm anxious to start. With that in mind, I'm trying to keep life as uncomplicated as possible right now. I hope to share some of my recent simplifying domestic/parenting/life tactics in an upcoming post.