Early leaves from the surrounding black walnut trees are now falling, but the temperatures remain the same. In fact, we're thinking of taking a day trip to the beach this weekend. September is always my favorite month to go, with fewer crowds and no traffic. I tore most of my garden out except the peppers and flowers. We were blessed with plenty of food resulting in canned goodness for another year.
It has been three months since I updated my blog, but I'm always on Instagram now.

Little Mister is now in Kindergarten, which is a full school day. He generally finds it boring but likes his teacher, a young energetic woman who called on the first day of school just to tell me that he had a great first day. I have never received a call from the school to tell me something "great" has happened. Probably you haven't either. After I picked myself up off the floor from the fainting spell, I burst out with a reply that was something along the lines of "Really? That's all? You're sure?"

Then I liked the teacher too because she laughed.

It's been a long while since I updated my followers on my son's speech progress. When he speaks, people tend to fall into one of three categories. They are the following: Those who (mostly) understand him. Those who don't understand him at all and quickly look at me for a translation. Those who say and may even believe that they understand him but their replies show they have no idea.

Frankly, I really appreciate it when people ask for a translation. It's much better than giving a reply that doesn't make sense. There is still a ways to go on being able to pronounce certain consonant sounds and even I don't understand perfectly all of the time. Whoa to the stranger who is presented with Little Mister's unique versions of the word "turtle" or "umbrella". 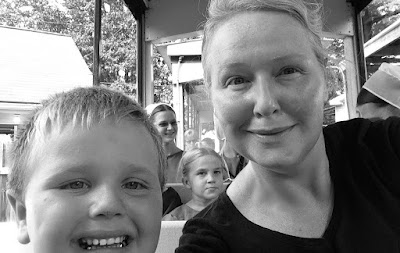 Then, last night, we were working on homework that featured the letter "T" and I asked if he could make that sound. There was a long silence and I thought for a minute that I shouldn't have asked before he let out the first "teh" followed by a machine gun round of perfect "t" sounds. Surprised and pleased, it was a moment in perfect harmony with the words of a song I spent much time meditating on this past season.

This is my Father’s world,


And to my list’ning ears
All nature sings, and round me rings
The music of the spheres.

At times of uncertainty and anxiety, I often listen to this song and take rest in knowing I don't have to solve the problems of this world. It was never my world anyway. I listen to the sounds outside the window, the chirping bird or gentle breeze that reminds me of that which is greater.

This is my Father’s world:


I rest me in the thought


Of rocks and trees, of skies and seas—
His hand the wonders wrought.

Inside my house, to my listening ears, the Maker's praise was declared by a boy making the hard sound of the letter T. 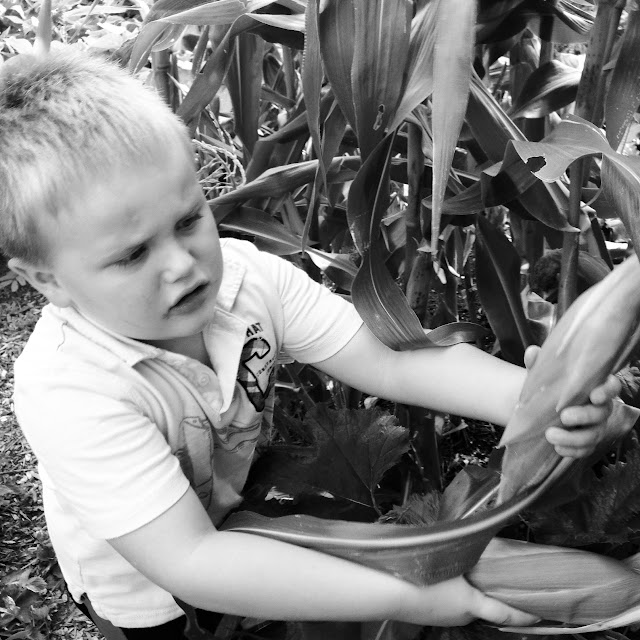 The dried corn stalks may be appearing as decoration now, but there is still plenty of sweet corn out there at the farm stands. This simple but flavorful recipe is one way to feed a lot of people with just a little bit of corn. 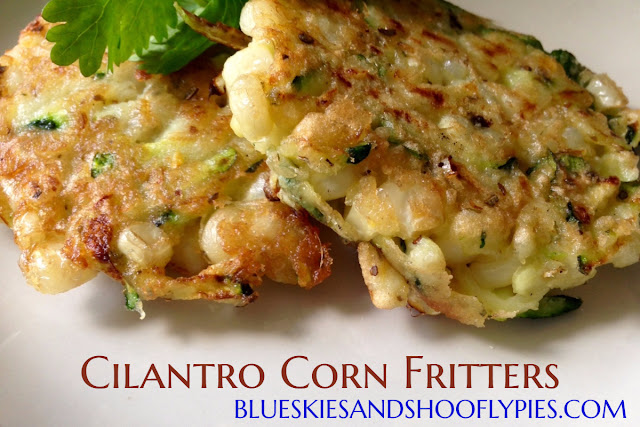 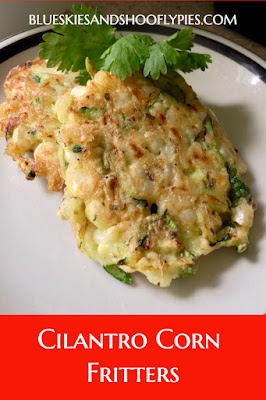 Toss together all ingredients in a large bowl until well combined. Heat one Tablespoon of oil on medium heat in a large pan until the oil smokes. Drop half a cup of batter into the pan and use a spoon or spatula to lightly flatten the cake. Fry for 3 minutes on one side, before turning. Fry the other side for two minutes.
Add one Tablespoon of oil before frying the next batch. 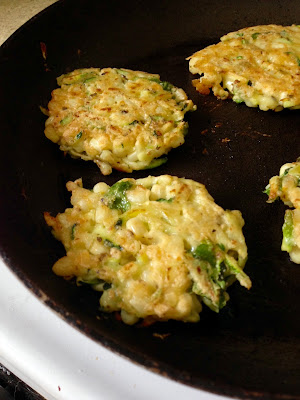